Machinery and equipment for the construction of the West Taymyr industrial cluster for the production of coal concentrates from coking coal was sent to Taymyr.

The project for the construction of a coal cluster in the north of the region is being implemented by Severnaya Zvezda company. It is included in the “Yenisey Siberia” comprehensive investment project (CIP), and also has the status of the Arctic zone resident.

After loading in the port of Arkhangelsk, the reinforced ice class motor ship named after Yury Arshenevsky set off for the port of Dikson along the Northern Sea Route.  More than 170 units of various machinery and equipment were loaded on board such as truck cranes, bulldozers, excavators, dump trucks, shift buses, all-terrain vehicles, drilling equipment, as well as administrative and amenity complexes, warehouse equipment, communication equipment and other objects.

It is planned that the vessel with the equipment will unloading from 15 to 20 March.

According to Oleg Demchenko, Chairman of the Board of Directors of Severnaya Zvezda LLC, the new equipment that will come to Taymyr meets all environmental requirements. Also, during the implementation of the project, the latest technologies for the extraction, processing and transportation of products will be used, eliminating environmental risks and minimizing anthropogenic impact on the territory. In particular, systems for collecting coal dust, unique closed conveyors for transporting products, a shiploader with a closed coal supply system will be used, as well as an autonomous power plant with a unique reverse draft burner that prevents the emission of harmful substances will be built.

The project has passed the State Environmental Expertise. As a result of a comprehensive assessment, it was determined that the implementation of the project does not pose a threat to the environmental safety of the Arctic zone.

“We are starting the production phase of the project and are starting to build all the facilities at once,” added a representative of the company’s management.

According to the Governor of the Krasnoyarsk region Alexander Uss, the active implementation of this project demonstrates that, in general, the Yenisey Siberia CIP is confidently moving towards the set targets. “The social and economic effects of this project are important to us. They have yet to be assessed and calculated, but it is already clear that we are talking about no less than two thousand new jobs, the construction of highways and social facilities. This infrastructure will work for both businesses and residents of the northern territories. It is important that with the implementation of such a large and capacious project, the company will have a need for various services that enterprises and organizations operating in the region can provide,” the Governor noted.

In February of this year, the project for the construction of a coal complex at the Syradasay field – one of the largest coal deposits in the world – was included in the number of investment projects in the Arctic zone, which will receive state support http://www.krskstate.ru/press/news/0/ news / 98977 /.

It is planned to provide more than 6 billion rubles in tax revenues to regional and municipal budgets until 2028. 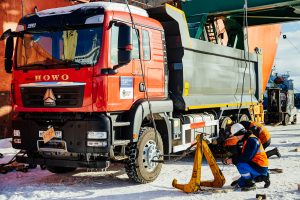 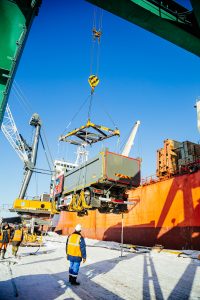