On April 9-10 in Saint Petersburg the 5th International Arctic Forum titled “Arctic: The Dialogue Territory” was held. The Forum is the key international platform for discussion of the current issues of the Arctic development, finding efficient mechanisms for exploration of the resource potential of the Arctic zone. Every two years, the Forum gathers the world’s leading experts, representatives of the arctic regions of the world, research and business communities.

The Yenisey Siberia Comprehensive Investment Project carried out today in the territory of Krasnoyarsk Region, the Republic of Khakassia and the Republic of Tuva, encompasses large investment projects in the sphere of extraction and processing of mineral resources in the Arctic zone of Russia. These are the projects titled: “Construction of new capacities and modernization of the Transpolar mine (South Cluster)” (MMC Norilsk Nickel, PJSC), “Exploration and improvement of the Payakha fields’ group, construction of the Port North Bay terminal (Taymyrneftegaz JSC, Neftegazholding JSC), “Construction of west Taymyr industrial cluster for coking coal concentrate production” (Northern Star, LLC).

The implementation of these projects will make a significant contribution into the development of the Arctic zone of Russia in the territory of Krasnoyarsk Region, create new jobs, facilitate the infrastructure development and provide the load for the Northern Sea Route.

The Krasnoyarsk Territory Arctic Cluster exhibition presented a multimedia show of the Arctic projects of CIP, the infrastructural potential and cultural diversity of the Arctic zone of the region. The projects were introduced with interactive stands and scaled mock-ups. The exhibition was visited by Deputy Chairman of the Government Yuri Trutnev, the Presidential Plenipotentiary Envoy to the Siberian Federal District Sergei Menyaylo, Minister of Economic Development of the Russian Federation Maxim Oreshkin, Governor of Krasnoyarsk Region Alexander Uss.

According to the Head of the Region, the oil production projects carried out under the Yenisey Siberia CIP in the Arctic zone of Krasnoyarsk Region are of the greatest importance for the socioeconomic development of the territory. The Governor remarked that through the exploration of the Payakha field alone, Krasnoyarsk Region intends to double the tax revenues from oil production in 5-10 years.

The resource base of the project is estimated as 1.5 billion tons. When the design capacity is reached, it is planned to produce 26 million tons of oil per year with a prospect of increasing it to 50 million tons per year. Under the project, the construction of an oil pipeline and the Port North Bay terminal is planned. The Payakha field group is planned to start industrial production by 2024. 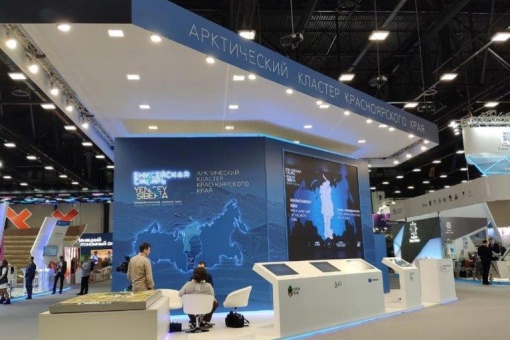