The presentation was visited by the Deputy Chairman of the Government of Krasnoyarsk Region Sergei Vereshchagin and Director General of the Yenisey Siberia Development Corporation.

Sergei Vereshchagin spoke of the main projects of the CIP carried out in the territory of Krasnoyarsk Region: those are 11 projects in the spheres of energy, mineral production, agriculture, and transport infrastructure development. Since the moment the project was started, the work on preparing the Decree of the Government of Russia presenting a detailed roadmap for implementation of 32 projects in 2019-2027 has been going on. The CIP is implemented with the efforts of over 60 organizations, including global industrial market leaders.

To ensure comprehensive support to the project, at the beginning of 2019 the Yenisey Siberia Development Corporation was established to act as an integrated coordination body for the project. The task of the Corporation is to make all possible efforts for the investment projects in the territory of Krasnoyarsk Region, Republics of Khakassia and Tuva to be put into practice for the benefit of the socioeconomic development of the region. It is not only about attracting investment; it is intended to launch the spatial development process, to increase social and entrepreneurship activities in the territory.

Sergei Ladyzhenko presented the main tools of the Corporation, which are referred to as platforms. The mechanisms for attracting small and medium-sized businesses, research and education institutions, social initiatives, new investors and staff have been developed. The comprehensive support provided to the investment projects is intended to remove the legislative and infrastructural limits and to speed up the projects as much as possible.

Krasnoyarsk Economic Forum will present a large-scale exposition of the main CIP projects and the key members of the Yenisey Siberia. It is planned to run a road show with the CIP project presentation, to arrange investment sessions for businesses, development institutions and authority bodies.

According to the experts, until 2027 the project will yield the following results: 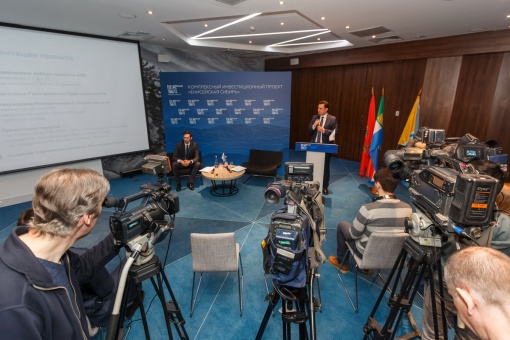